The purpose of this award shall be to recognize and honor the life-long commitment of Betty Garlick, the first Michigan AEYC president, to children and families.  Betty Garlick was a pioneer in the field of early childhood education.  She was a teacher of children, an advocate on behalf of children and families, an author and editor, an environmentalist, a consultant, an innovative programmer and an evaluator.  The breadth and depth of these contributions should serve as a guide in selecting future recipients.

Recipients of this award should have devoted a large part of their lives to working on behalf of Michigan’s children and families, and be near or at the end of their career.  Further, individuals considered for this award shall have made exceptional contributions to the early childhood profession.  They will also have been involved in professional activities beyond their paid position.  These may include (but are not limited to): legislation, research, publication, and leadership in professional organizations. 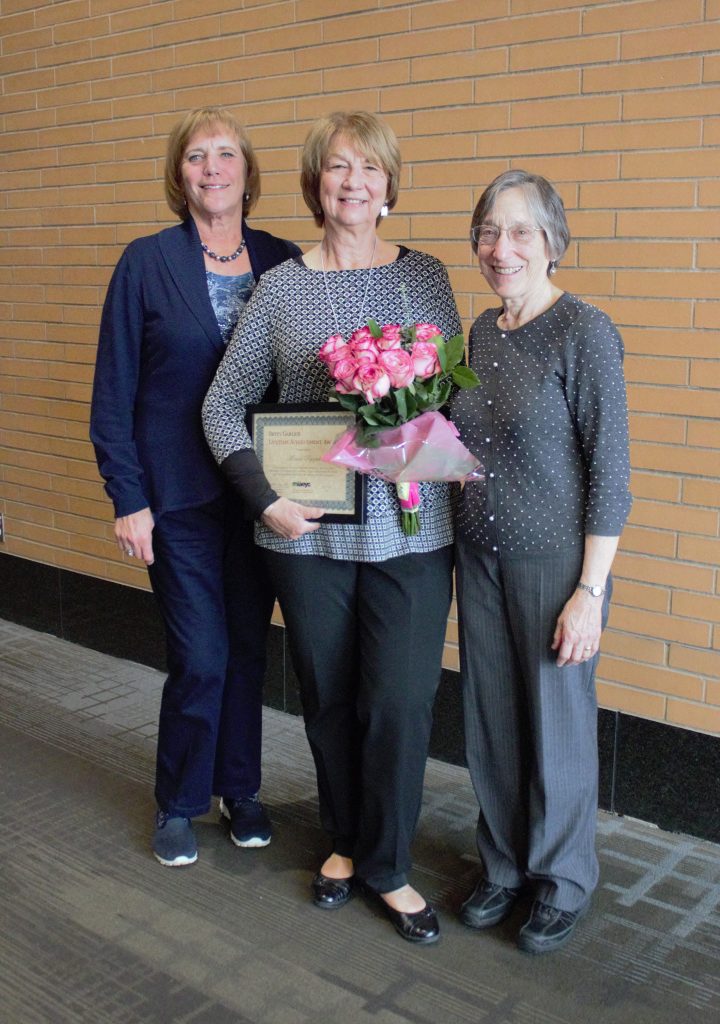 The Michigan Association for the Education of Young Children is pleased to announce the awarding of the 2019 Betty Garlick Lifetime Achievement Award to Marcia Rysztak.

Marcia Rysztak has had a devoted career as an advocate for young children and their families. Her story of advocacy has reached far beyond the college community, actively collaborating with local, state and national partners. For the majority of her career, Marcia was employed at Lansing Community College where she demonstrated leadership and a progressive approach, building the college’s program to become one of the first NAEYC accredited associate degree programs in Michigan with more than 30 courses and 20 instructors. Her vision of early childhood education has been a model for educators statewide and nationally. One of Marcia’s major accomplishments was implementing an onsite early childhood lab school at LCC, aligned with the Reggio philosophy.